Woman and patents: Austria brings up the rear in Europe

Findings from the study of the European Patent Office "Women's participation in inventive activity". European and global comparisons.

Austria brings up the rear in Europe

All countries that belong to the European Patent Convention were analyzed. These are currently 38 countries, namely all 28 EU member states and ten other non-EU countries, including Switzerland, Norway, Iceland and Turkey. Further comparisons were made with the largest patent countries in the world - China, Japan, Korea and the USA.  The period observed was 1990 to 2019, with Austria in last place in the ranking, behind Germany and Liechtenstein. The proportion of women is also unchanged low over the entire period.  Patent Office President Mariana Karepova: "Austria emerged from the European Innovation Scoreboard as number 1 in patenting. Everyone patents here, except women. Unfortunately, I am not surprised by this, we also know this from our national patent applications at the Austrian Patent Office, where the share is even only 6%."

Ranking leaders in Europe and beyond

At 22.4%, the highest and fastest-growing share of women among the 38 countries surveyed is in the chemical sector - here, especially in biotechnology, pharmaceuticals, food and organic chemistry. Austria has a female share of 17.4% in this sector.

In the technology fields of mechanical and electrical engineering, which are dominant in Austria, the proportion of female inventors is also far below the European average, at 3.1% and 3.5% respectively.

Mariana Karepova comments: "For a long time, we were able to make excuses about the industry structure, which is unfavorable for women. Most patents in Austria come from mechanical engineering and co, i.e. from industries where few women research and develop. Now we know that Austria is underperforming in all industries. Even in chemistry, where women are traditionally strongly represented."

A study commissioned by the Austrian Patent Office on national patent applications filed by women has already shown that although women often work in research teams, they are rarely in a central position and thus do not feature in patents.  This finding has now been confirmed by the European Patent Office study. The finding is similar in all countries. Mariana Karepova: "A few years ago, we took a close look at 15 Austrian companies with strong patent positions.  The conclusion: less than half of these companies name women as inventors in their patents. These companies file dozens of patents a year. But it's only a handful of women who are in the game."

Women at universities patent 40% less than their male counterparts, for the same publication output. Even when research results published by women lead to patents, women are rarely named as inventors in these patents. The names of male authors, on the other hand, are more likely to be found in the associated patent. The reason: women have fewer connections to industry than men and are limited to more traditional academic career models.

We know enough to act

"If 50% of students are girls, but only 25% study STEM subjects, if only 40% of researchers at the university are women, but only 16% in the companies where most Austrian patents come from and in the end only 9% patents are from women - then there is an urgent need for action at every point in this chain. Universities alone, funding agencies alone, the patent office alone cannot get this system moving. We need a joint show of strength," says Karepova.

A few women have made it and have successfully exploited their innovations with patents together with universities and industry. They are the role models who can change long-outdated images in our heads. But role models alone are not enough.

At the same time, we need support for all those who want to do more family work. Balanced partnerships enable women's careers. After centuries, the reverse must now be true: Behind a successful woman is a strong partner. Company bosses must also accept that a man can leave work early to pick up the children, so that the pressure is not all on women. In the pandemic, this problem has become even worse, and so women's patents have also declined even further during this time.

Women in management positions are still the exception - especially in the technical field. Managers have it in their hands to make the exception the rule and put women in leadership positions. A first step in promoting women's careers is to know the high potentials in the company - including their strengths and weaknesses - and to train their skills. The IP Academy of the Patent Office will therefore offer special IP seminars for women starting next year, which will not only create awareness for intellectual property, but also provide a platform for networking among female researchers, inventors and entrepreneurs. 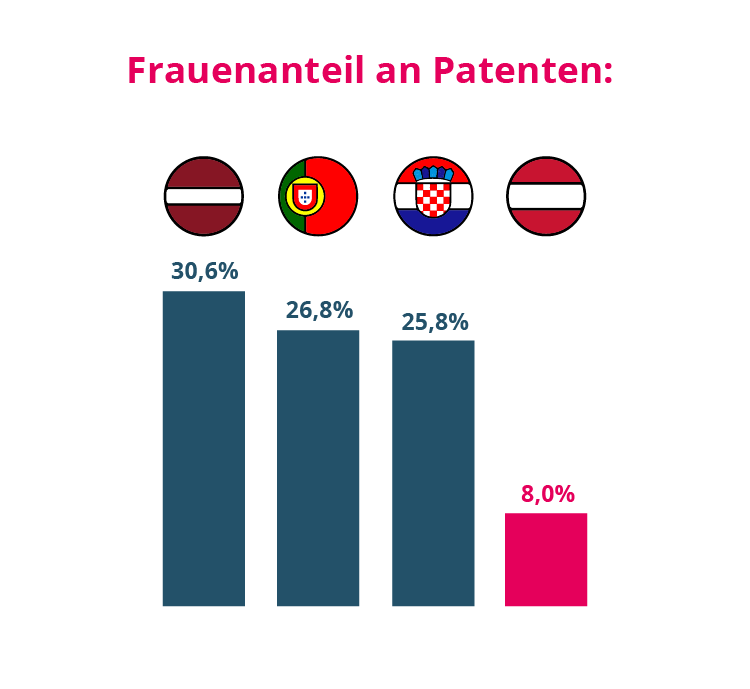 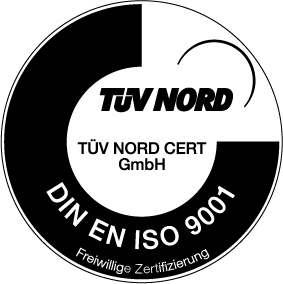